> Plays
Theatraverse have been producing and performing bilingual theatre since 2009 !

We have to date shared no less than 4 plays with several thousand theatre lovers: 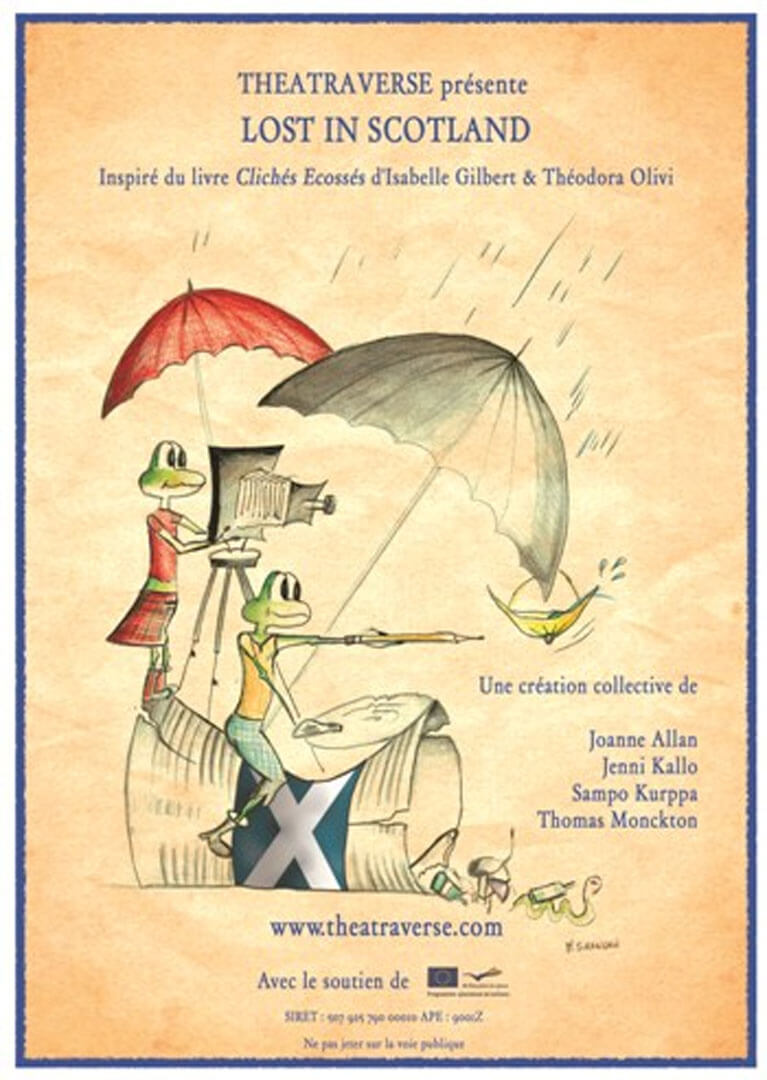 Theatraverse’s first play was Lost in Scotland (based on Isabelle Gilbert and Théodora Olivi’s book « Clichés Ecossés ». Devised by Joanne Allan, Jenni Kallo, Sampo Kurppa and Thomas Monckton in 2009, the play toured theatres and arts venues across France and the UK in 2009 and 2010. 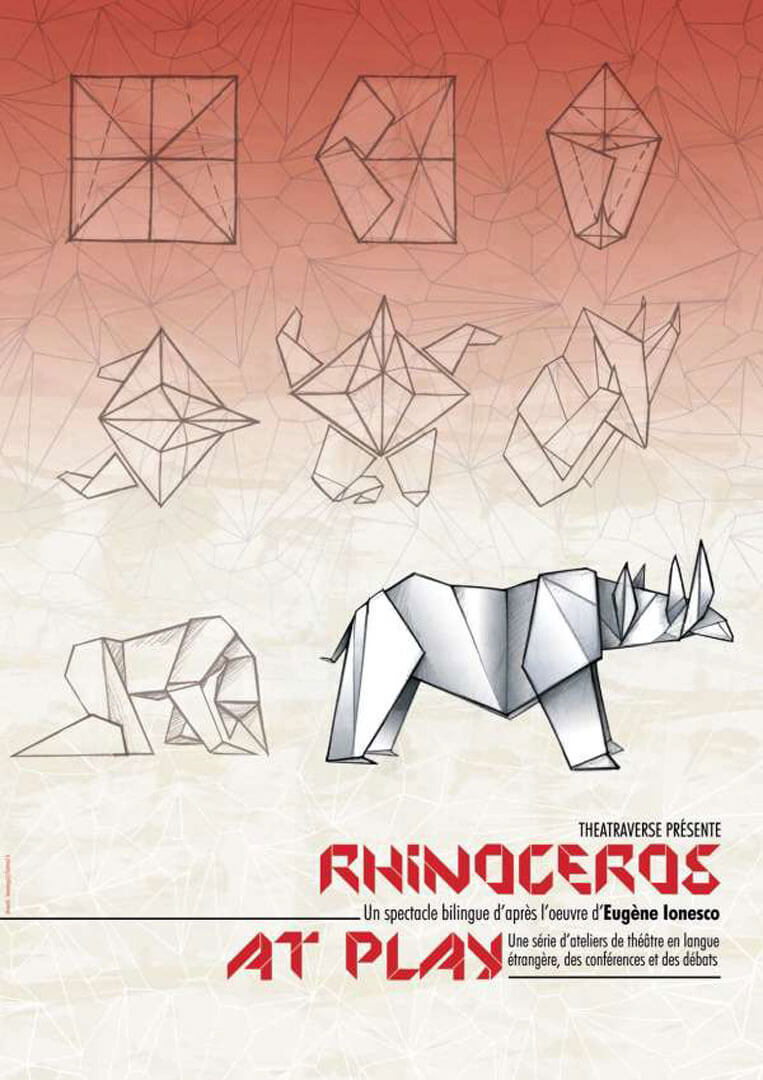 Following several research and rehearsal residencies in 2011, Theatraverse created in 2012 a bilingual adaption of Eugene Ionesco’s Rhinoceros. The company played in the Paris region before touring in the UK and France. This show was performed for one week at Edinburgh Fringe in August 2012, and went on to sell out a short run at Belfast Festival in autumn of the same year. Rhinoceros was performed a total of 32 times. 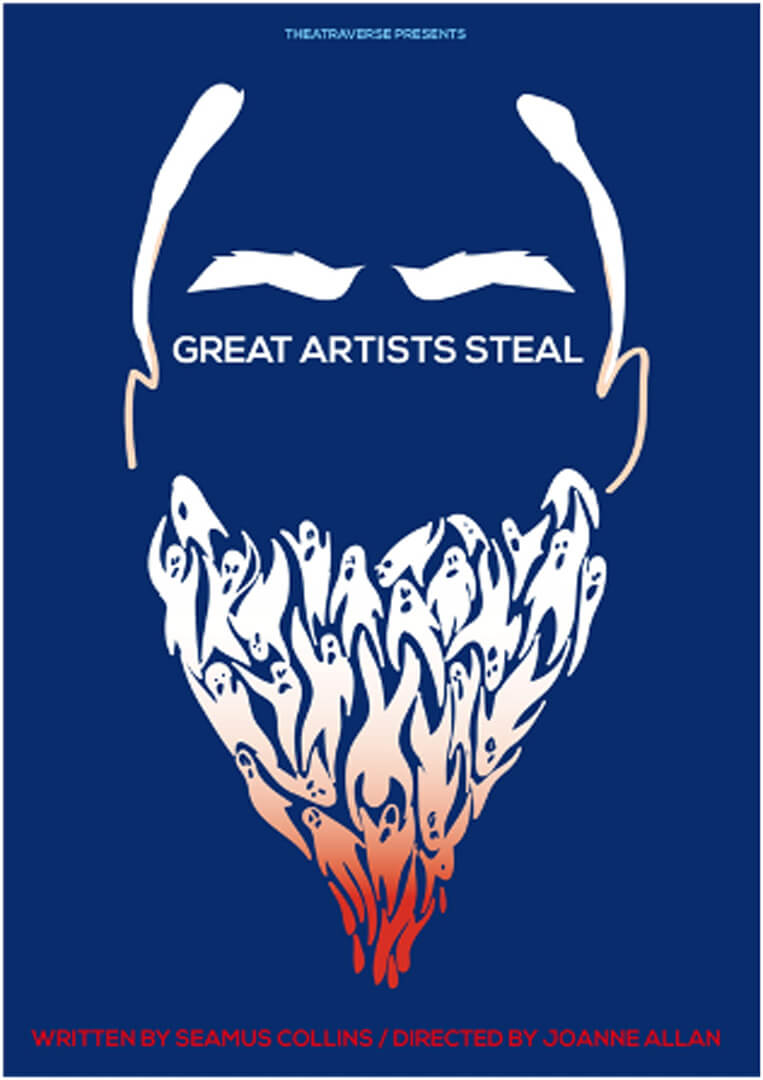 Theatraverse’s production of Great Artists Steal, written especially for the company by Seamus Collins was previewed at the end of Gloucester’s JOLT Festival in 2014, where Theatraverse had been selected as a company in residence. During the residency, artists rehearsed and produced their show while also giving workshops to young people in the local area. The show went on to play a full run at Edinburgh Festival in August 2014. 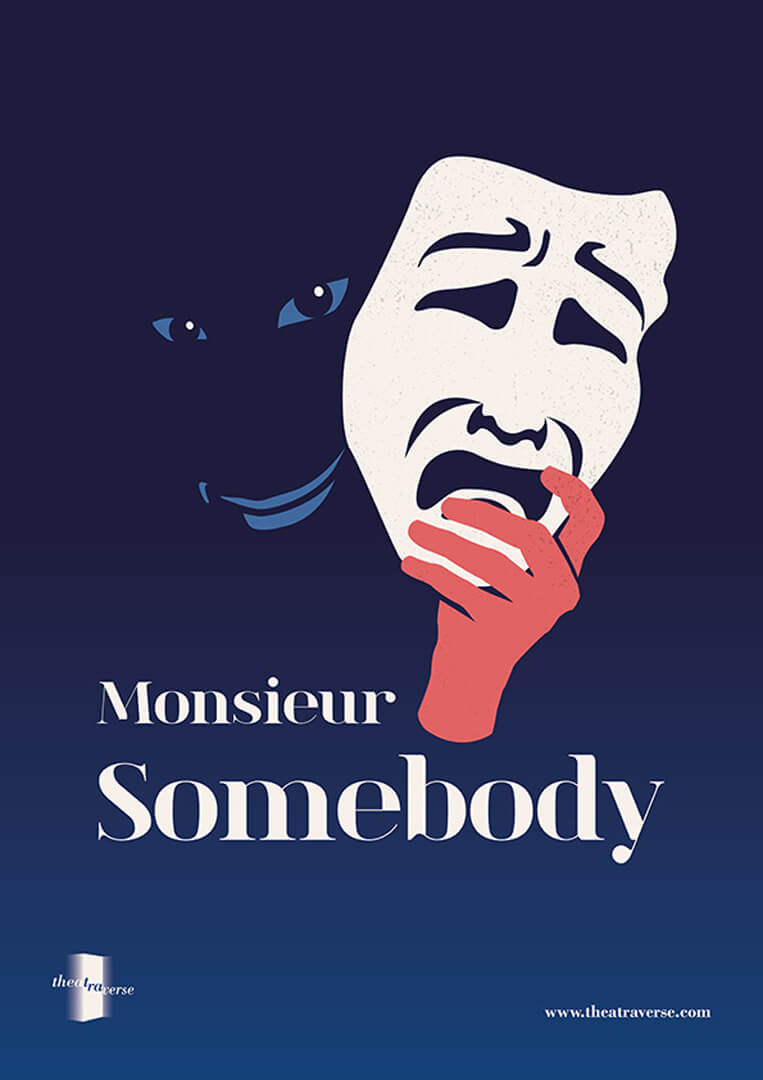 Monsieur Somebody, also written by Seamus Collins for Theatraverse, is currently available for tour dates in France and the UK. Five previews were performed at the Théâtre du Voyageur in Asnières-sur-Seine, near Paris, in May/June 2018, followed by two weeks at the 2018 Edinburgh Fringe Festival. This most recent production has been performed on several other occasions in France: at the La Buanderie theatre in Corbie (in the Hauts de France region) in March 2019 and in Courbevoie in April 2019, at the Centre Evenementiel.

Watch this space as the creative team are currently working on a brand new production, unlike anything the company has ever produced before… Updates will be forthcoming!