Why create a bilingual theatre company? The company’s founders met at the international theatre Jacques Lecoq in Paris, where they collaborated using mainly English and French. Scottish artistic director Joanne Allan, alongside some like-minded performers, decided to unite the two languages in performance.

We encounter bilingualism in all walks of life, and in many forms: on the television or the radio, in the cinema, on trips abroad, online…

Aware of the increasing presence of linguistic diversity in our society, the artists in Theatraverse have placed language at the heart of our artistic project. We are keen to explore this linguistic diversity onstage: alternating the language of dialogues, using second language(s) as a mask, playing with translation, creating linguistic mishaps, testing the role of spoken language in communication. Through these activities we invite the audience to become comfortable with limited linguistic comprehension, thereby allowing for a certain necessary distance from the spoken word, and encouraging greater attention to the myriad theatrical devices being simultaneously employed.

Most of the artists at Theatraverse are former students of the Jacques Lecoq theatre school in Paris, and all have several years of focused theatre training in physical and vocal expression.

French-English theatre… And workshops too !

The Theatraverse team have been creating and leading bilingual theatre workshops for all age groups since 2008. No previous experience is required, sessions are adapted to the participants and everyone is invited to experiment with both languages, without having to worry about eloquently mastering either!
All the performers and workshop leaders we work with are professional actors, from across the globe: each contributor brings their own linguistic and cultural experience. 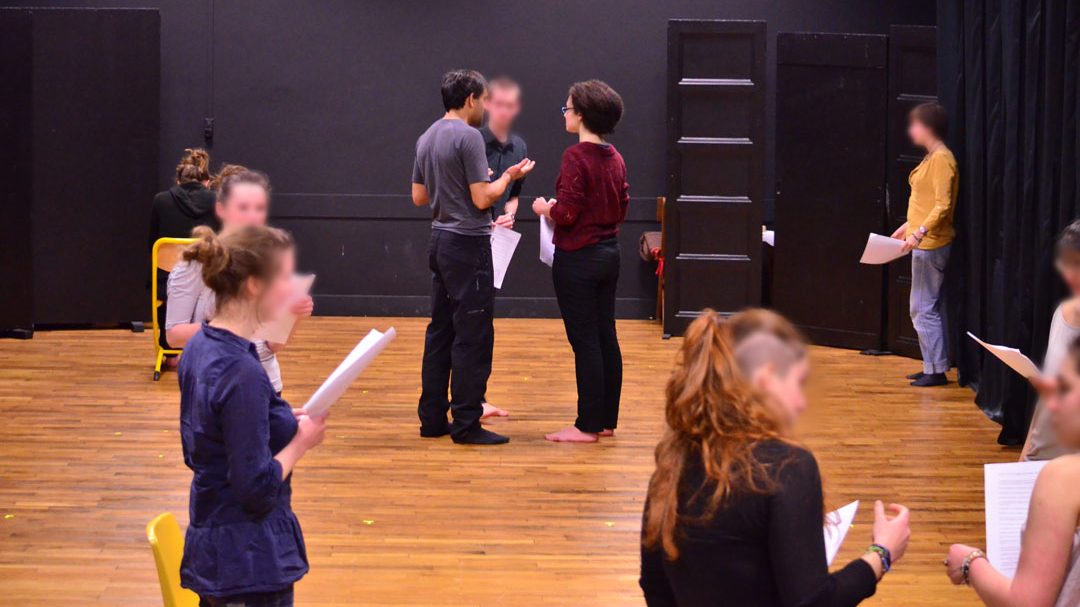 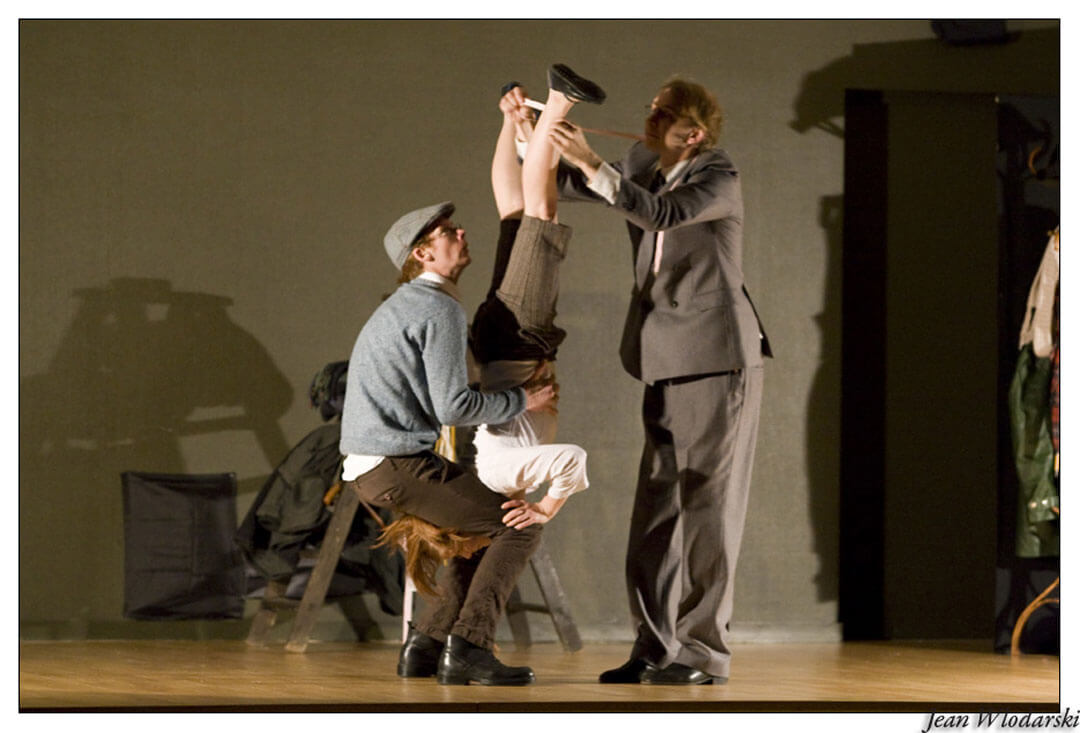 A company based in Courbevoie, performing across Europe!

In 2017 Theatraverse moved to the cosmopolitan city of Courbevoie, in the Hauts-de-Seine region. Courbevoie is home to La Defense and has a largely bi/multilingual dynamic: it seems only natural that Theatraverse would fit right in!
Shows are performed in Courbevoie and elsewhere in the Paris region, as well as across France and other countries in Europe, particularly the UK.

Discover all our plays
Theatraverse are proud to marry modern languages and cultural diversity through art.